Freediving is breath-holding diving. Scubadivers also dive under the water, but they have breathing apparatus and many other equipment, which makes the diver heavy and clumsy, while the freediver uses a minimum of equipment and soars naturally and easily in the water.

Freediving is diving into the water, yourself and the parallel universe at the same time, and all this, of course, with bated breath.

Freediving is anti-stress, getting to know new facets of your personality, a way to distract yourself, meet interesting people and another reason to travel where you have never been before.

Humanity has been diving for thousands of years. Ancient diving goggles have been found in the Solomon Islands. They were made of wood, and instead of glass, delicate scales of turtles were inserted into them by hand. Divers have been in ancient Mesopotamia and Greece. Of course, they were engaged in the extraction of various “treasures” hidden under water and fish for food. But we can say with confidence that they also dived for their own pleasure. How else?

For hundreds of years, divers were engaged in the extraction of underwater resources, but later, in the fourth century BC, the great commander Alexander the Great established detachments of diving warriors who helped in military operations. Sometimes they did it holding their breath, sometimes they used prototype breathing tubes for breathing, or breathed on water using waterskins.

Later, Leonardo Da Vinci drew prototypes of flippers and even breathing apparatus, but these ideas did not receive their development and people continued to dive with holding their breath. Before the invention of the air bell and later the breathing apparatus by Jacques-Yves Cousteau and Émile Gagnan.

The first recorded case of breath-hold diving occurred in 1913. The diver, Haji Statti, was called to the largest battleship of the Italian fleet, Queen Margarita. The reason for the call was that at a depth of 80 meters in the Aegean Sea, the anchor of a large warship was lost and all attempts by the military to pull it out were unsuccessful. Haji Satti was short, of a bony build, with emphysema of the lungs and damaged eardrums. The doctors from the ship, after conducting an examination, did not believe that he would be able to dive to such a depth. However, after doing several dives, the sponge catcher was able to complete the task and still easily board the ship to receive a reward for his work.

Jacques Maillol will later describe this story (and many others) in greater detail in his book The Dolphin Man, which we highly recommend you read.

Modern freediving begins its history with a dive on a bet by an Italian diver and an Air Force soldier Raymond Bucher (Bushehr) in 1949. Immediately after that, there were many daredevils who wanted to break Bucher’s record. Such were the well-known rivals and also the founders of sports freediving Jacques Mayol and Enzo Mallorca. Later, Luc Besson made a film about this race and called it “The Big Blue”.

However, freediving does not at all concentrate on diving to maximum depths. The vast majority of people who have taken freediving courses dive for pleasure and do not take part in competitive activities. Many people use breath-holding diving as a way of self-discovery and relaxation. Others – as an excuse to visit many countries with magnificent underwater beauty. Still others perceive freediving as an adventure and an interesting experience.

Everyone finds their own in breath-hold diving, however, in order to do it safely and correctly, you need to have certain knowledge that you can get by taking one of our basic courses online. You can also try our free mini-course. 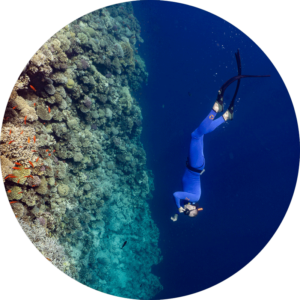 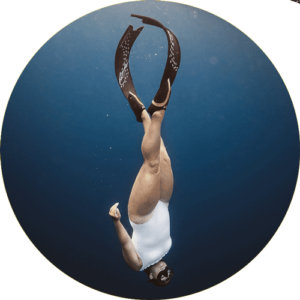 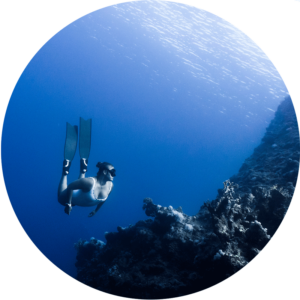 ALL FREEDIVING – basics of freediving online 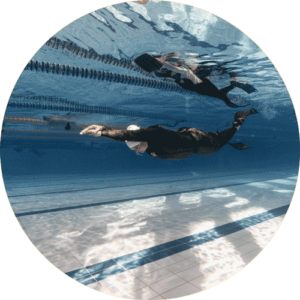